My career and life have been completely transformed by robots.  And so will yours.

Isaac Asimov – author, futurist and the creative “Father of Robotics” – has been the main inspiration for most of my life and career.  He was the author of over 500 books, yet perhaps his most important contribution to our current line of 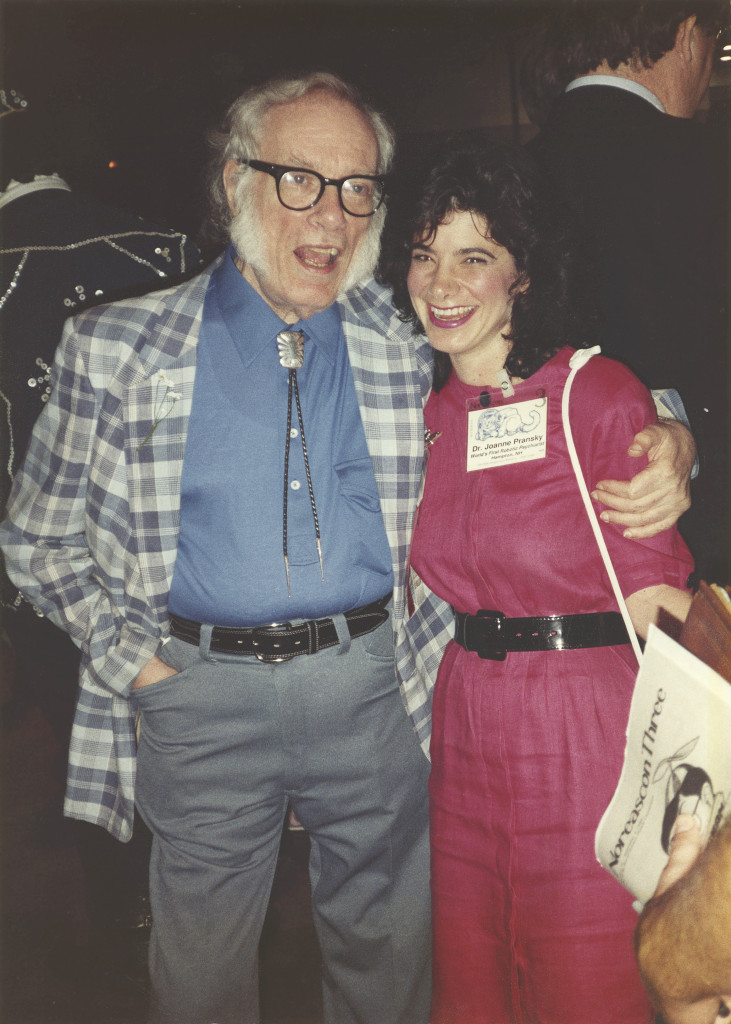 thinking is his “Three Laws of Robotics,” the first being that a robot may never cause harm to a human being. Through these laws, Asimov was attempting to humanize robots by instilling in them an inherent sense of goodness, so robots could ultimately benefit people and society.

I was lucky enough to meet Asimov in person, where I communicated my enthusiasm for his work and updated him as to the present status of (real world) robotics, the term he invented. At that meeting, he dubbed me “The Real Life Susan Calvin” – after the robopsychologist in his novel iRobot, later portrayed by Bridget Moynahan in the film. As the World’s First “real” Robotic Psychiatrist ®, I’ve been working as a Robotics Industry Ambassador, facilitating the integration of robots into everyday life, bridging the gap between the real and science fiction.

I have been tracking the robot evolution for three decades now and have been a burgeoning voice in the now-official field of human-robot interaction. I serve as the U.S. Associate Editor for Emerald Press, publisher of Industrial Robot Journal, and am one of the Co-Founders of Wiley’s International Journal of Medical Robotics and Computer Assisted Surgery. I also served as a Senior Sales and Marketing Executive for Sankyo Robotics, an industrial robot manufacturer.

As a masterful communicator, and noted expert in this area, I have lectured nationally and internationally on issues concerning the human-robot relationship, and have multiple experiences on television, radio and film.

I have recently launched the Robotic Psychiatrist’s Channel on YouTube in which I introduce robots to the public in an entertaining and nonthreatening way. Please subscribe to my Channel so I continue to showcase real robots the world has never seen before!

My ultimate goal is to help people understand their emotional, social and psychological responses to robotic technologies, which are bound to proliferate in the coming years, impacting every aspect of their lives.