Since her first appearance on the legendary “Larry Glick Show” in Boston on May 21, 1987, Dr. Joanne Pransky has been wowing audiences with her wit and wisdom about robots.

Joanne has appeared on numerous radio and television shows, including NBC’s The Tonight Show with Jay Leno and CNN.

She had a recurring role as an official judge for the television series, “Comedy Central Sports Presents BattleBots”.

Joanne began judging in November 1999, with the BattleBots World Championship Pay-Per-View in Las Vegas, NV. (Like all professional sporting events, they had to have a doctor on board to treat the contestants…) Judge Joanne continued judging for all of Comedy Central’s BattleBots Series 1.0-Series 5.0. ‘. She was also interviewed for documentaries by Discovery Europe and Russia’s NTV and Joanne debuted the famous Chinese android twin on the Jimmy Kimmel Live TV Show. 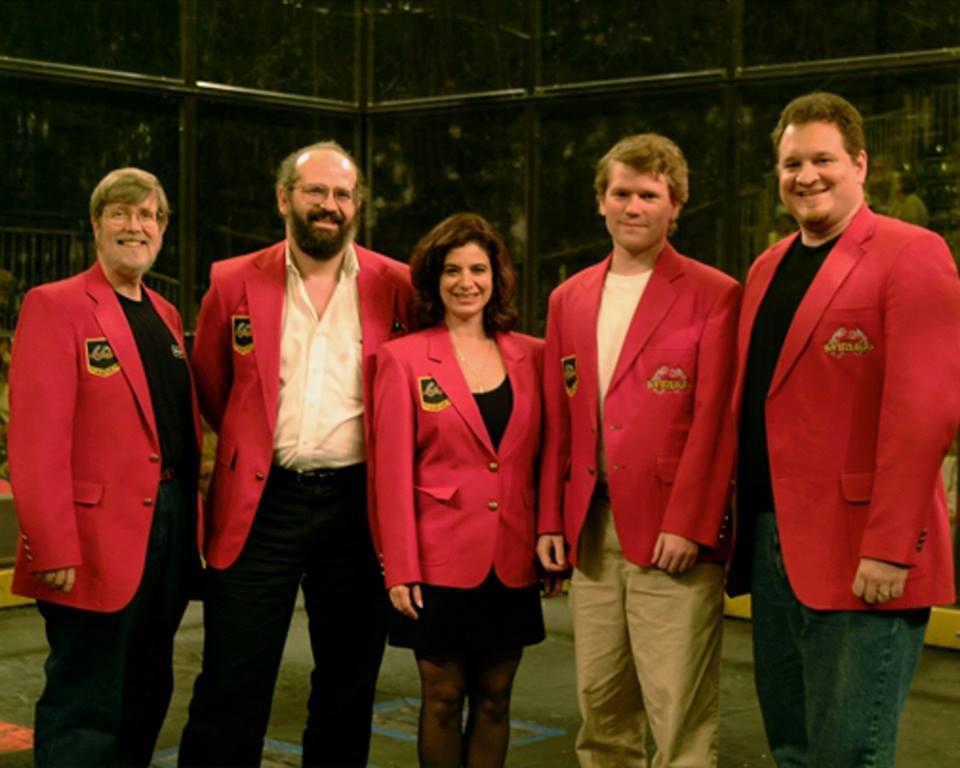 Joanne was the robotics consultant for the TV pilot, ‘The Cure’, and for films ‘Eagle Eye’ and ‘Ender’s Game’, in which she brought never-seen-before medical robots and real users of robotic technologies from various parts of the world onto the big screen.

Joanne has recently launched the Robotic Psychiatrist’s Channel on YouTube in which she integrates robotic ‘patients’ into brand new environments with the public.